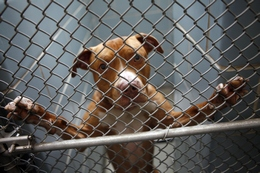 The issue of animal rights revolves around the question of whether animals should be given the same protections as humans. Ingrid Newkirk, cofounder of the animal rights group People for the Ethical Treatment of Animals (PETA), claims that animals are more like people than objects. She famously declared in 1989, “There is no rational basis separating out the human animal. A rat is a pig is a dog is a boy.” On the other hand, many people—including some who actively oppose cruelty to animals—believe that animals lack the mental and spiritual qualities of humans and that it is appropriate for humans to make use of animals as they do other resources. (Opposing Viewpoints)