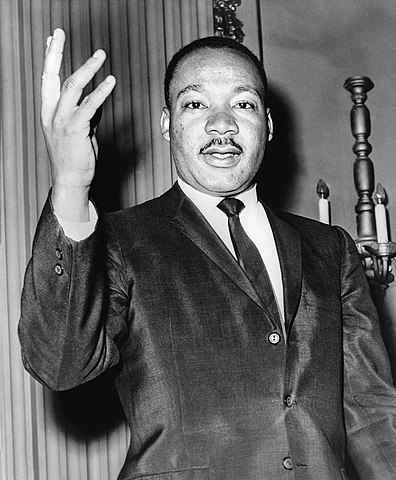 I Have A Dream

"I Have a Dream" is a public speech delivered by American activist Martin Luther King, Jr. on August 28, 1963, in which he called for an end to racism in the United States. Delivered to over 250,000 civil rights supporters from the steps of the Lincoln Memorial during the March on Washington for Jobs and Freedom, the speech was a defining moment of the American Civil Rights Movement. (WIkipedia:  http://en.wikipedia.org/wiki/I_Have_a_Dream )

"I Have a Dream" recording from Internet Archive

You can read U/CL ebooks from anywhere, but you must log in. Here's how to log in.

Print books available in the library

Watch streaming videos of speeches and other biographical works. Here's how to log in.

Listen to recordings by and about Martin Luther King, Jr. Here's how to log in.