Provides print and electronic resources on the topic of the legal drinking age. 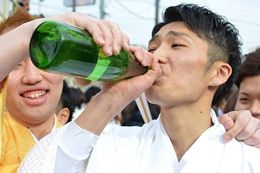 In 1984, President Ronald Reagan signed the National Minimum Drinking Age Act into law, requiring all states to raise the minimum age for purchasing and possessing alcoholic beverages to 21. At the time the law was enacted, the minimum legal drinking age (MLDA) among states ranged between 18 and 21. Although the 1984 law did not remove the right of each state to determine a minimum drinking age, states in noncompliance faced a loss in federal highway funding. By 1988, all states and the District of Columbia had raised the MLDA to 21.

According to the Centers for Disease Control and Prevention (CDC), raising the minimum drinking age nationwide has resulted in a decline in motor vehicle crashes and an increase in high school graduation rates. The CDC also links the MLDA to reductions in drug and alcohol dependence, suicide, homicide, and adverse birth outcomes among drinkers. However, some opponents of the 1984 law argue that it is unreasonable to prohibit 18-year-olds—legal adults who have the right to vote and join the military—from purchasing alcohol. Others argue that establishing a drinking age falls under the purview of state governments, and the federal government should not have overstepped its power in creating a national policy. Although the law has been in place for more than three decades, the minimum drinking age remains the frequent subject of political debate. (Opposing Viewpoints)