Provides print and electronic resources on the topic of human trafficking/slavery. 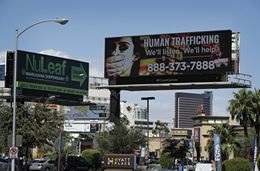 The crime of human trafficking includes the recruiting, transporting, and housing of people for the purpose of exploiting them. Human traffickers use methods of deception and force to gain control over vulnerable individuals, trapping them by using coercion, threats, and physical violence, including drugging and kidnapping. Sex trafficking, where victims are forced to engage in sex work, is the most common form of human trafficking worldwide. Forced labor involves compelling victims to work against their will, or to pay off a debt, often in industries that use low-skill labor and under dangerous and difficult conditions. The crime of human smuggling differs in that people willfully employ smugglers to provide the illicit service of transporting them; victims of human trafficking do... (Opposing Viewpoints)