Provides print and electronic resources on the topic of gun control. 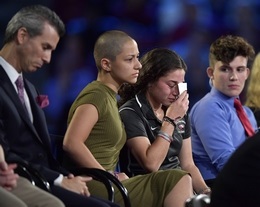 Guns are responsible for over thirty-three thousand deaths in the United States annually, according to the Centers for Disease Control and Prevention (CDC). About two-thirds of these gun-related deaths are suicides. The United States leads the world with more gun-related homicides and suicides than any other country, according to a 2016 study conducted by the American Journal of Medicine. In 2014, the CDC reported that 11,008 of the 15,872 homicides committed in the United States that year involved a firearm. Of the 42,826 suicides reported that year, 21,386 involved a firearm. These statistics have inspired efforts at the federal and state levels to enact gun control legislation to reduce crime and violence. (Opposing Viewpoints)