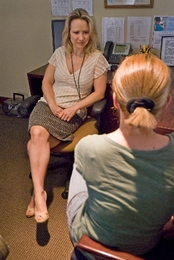 Eating disorders are unhealthy behaviors related to food and bodyweight. They may involve a severe reduction of food intake or excessive overeating, as well as extreme concern about body shape and size.In 2007 McLean Hospital in Massachusetts published the first national survey of individuals with eating disorders. It found that, overall, 4.5 percent of adults, or over 9 million people, have struggled with eating disorders such as anorexia, bulimia, and binge eating at some point in their lives. According to a study by the National Association of Anorexia Nervosa and Associated Disorders, the majority of these illnesses begin by the age of twenty. (Opposing Viewpoints)