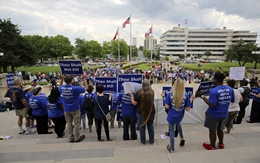 Capital punishment, also referred to as the death penalty, has long been a feature of human society and has been used in the United States since the colonial era. Crimes punishable by death are called capital offenses. Under US constitutional law, states have the right to apply their own criminal statutes including capital punishment. The death penalty remains a controversial political and legal issue in the United States. Supporters of capital punishment argue that it deters crime and provides ultimate justice for crime victims, particularly murder victims. Opponents counter that it is an immoral and costly practice that is particularly vulnerable to racial bias. It also carries the risk of carrying out a wrongful execution. As of March 2021, the... (Opposing Viewpoints)