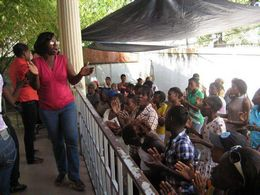 Domestic violence, also called domestic abuse or intimate partner violence, refers to abusive actions between people who are in a past or present close relationship. The Office of Violence Against Women, part of the U.S. Department of Justice, defines domestic abuse as “a pattern of abusive behavior in any relationship that can be used by one partner to gain or maintain power and control over another intimate partner.” The abuse can take physical, emotional, sexual, or psychological forms. Domestic violence can be found in married, unmarried, and dating heterosexual and homosexual couples. Some people define domestic abuse to include abuse against one’s children (child abuse) or against one’s parents (elder abuse), but these are generally seen as different, if closely related, social problems. (Opposing Viewpoints)