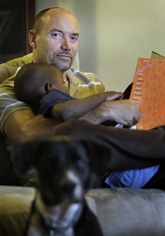 Parenting refers to the various practices involved in raising children. The main responsibilities of parents include providing a safe, healthy, and nurturing environment for their children’s growth and development and instilling their children with moral and cultural values. Parents also strive to prepare their children to live independently and become productive citizens by the time they reach adulthood.

The structure of the typical American family has evolved over time to become more varied, which has impacted parenting arrangements in several ways. The percentage of children living in two-parent households declined from 88 percent in 1960 to 69 percent in 2016, for instance, while the percentage of children living with one parent increased from 9 percent to 27 percent.