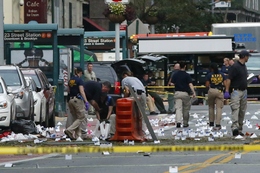 Terrorism refers to violence—or the threat of violence—used to achieve a political goal. Terrorism may be carried out by individuals or groups that operate by stealth rather than by open assault. Government entities also practice terrorism by sponsoring attacks against foreign states or individuals considered to be enemies. Terrorism is often aimed at civilian or nonmilitary targets, and its unpredictable nature makes it a powerful weapon. One of the primary objectives of a terrorist attack is to spread fear. (Opposing Viewpoints)