Provides print and electronic resources on the topic of health care reform. 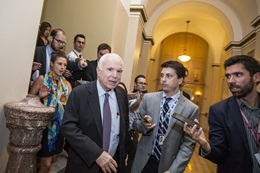 In recent years, health care reform has become one of the most debated issues in contemporary American politics. The United Nations’ Universal Declaration of Human Rights lists medical care among the basic human rights to which all people are entitled, but there has been a significant disparity in the availability of health care in the United States and many citizens’ ability to access this care. In 2016, approximately 9.1 percent of Americans did not have health insurance coverage, an improvement from 17 percent in 2011 before the Patient Protection and Affordable Care Act (ACA), also known as Obamacare, went into effect. Even with the ACA in place, however, rising health care costs continue to pose a threat to the country’s health insurance system and the national economy in general. (Opposing Viewpoints)