Provides print and electronic resources on the topic of hate crimes. 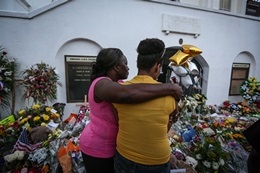 The Violent Crime Control and Law Enforcement Act of 1994 defines a hate crime as a crime in which the victim is targeted because of his or her “actual or perceived race, color, religion, national origin, ethnicity, gender, disability, or sexual orientation.” Some legal scholars believe that a more precise term is bias crime, as many crimes motivated by personal hatred are not related to prejudice against any racial or ethnic group. The Federal Bureau of Investigation (FBI) reported that nearly six thousand hate crimes were committed in the United States in 2015. Almost 60 percent of these crimes were motivated by a racial or ethnic bias, while crimes motivated by religious and sexual orientation bias each accounted for about 20 percent of the hate crimes committed. (Opposing Viewpoints)