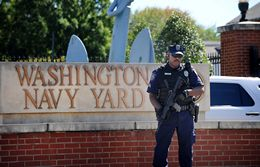 Terrorism describes any use of violence, intimidation, or coercion to achieve political or ideological gains. If such actions are taken or influenced by forces outside of a nation's borders, it is referred to as international terrorism, while actions taken or influenced by forces within a nation's borders are called domestic terrorism. In the United States, the Federal Bureau of Investigation (FBI) and the Department of Homeland Security (DHS) are the primary government agencies responsible for addressing domestic terrorism. The FBI defines domestic terrorism as "violent, criminal acts committed by individuals and/or groups to further ideological goals stemming from domestic influences." Extremist groups have perpetrated or threatened violence in support of political, environmental, and religious causes. Hatred and prejudice against racial... (Opposing Viewpoints)