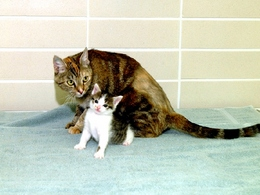 Cloning refers to the process of producing multiple individual organisms with identical genes, which may occur naturally or artificially. A gene is the basic biological unit that determines an organism's characteristics. Genes are made up of even smaller molecules called deoxyribonucleic acid (DNA) that carry and replicate genetic information.

Cloning occurs as a natural outcome of biological reproduction. Some bacteria and plants reproduce asexually—that is, there is no mixing of genetic material from multiple parent organisms. Instead, these organisms reproduce by creating genetically identical copies, or clones, of themselves. Identical twins, or two separate offspring resulting from a single fertilized egg, are considered clones of one another but not of their parent organisms.