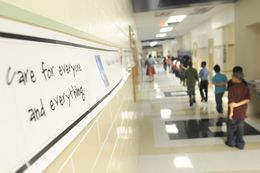 School bullying has likely existed as long as schools themselves. The consequences of such bullying were once limited to name-calling and occasional schoolyard fights. In the twenty-first century, however, school bullying has taken a more serious turn; some bullied students turn to violence as a solution—through suicide or deadly acts carried out against their persecutors and other students. These tragedies have led to heightened awareness among parents, children, educators, and law enforcement experts about the harmful short- and long-term effects of bullying. An increase in online harassment, commonly called cyberbullying, has drawn attention and resulted in some legislation to prosecute perpetrators. (Opposing Viewpoints)